Mosiah 8:18: Thus God has provided a means that man, through faith, might work mighty miracles; therefore he becometh a great benefit to his fellow beings.

Jaime was born in Charleston, SC in 1992 to James and Carol Armstrong. He was named after his dad, grandfather and great grandfather and is officially known as James Charles Armstrong IV. We just call him Jaime. Jaime’s younger brother is Alexander (Alex) Armstrong.

Jaime is an Eagle Scout and graduated with Honors from Summerville High School. He submitted his missionary paperwork in October and received his mission call in November. Jaime was called to the Roseville, CA Spanish speaking mission (it figures since he only studied Latin in high school). 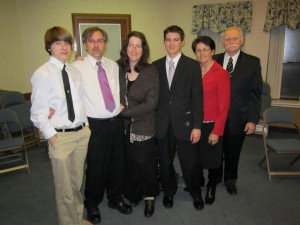